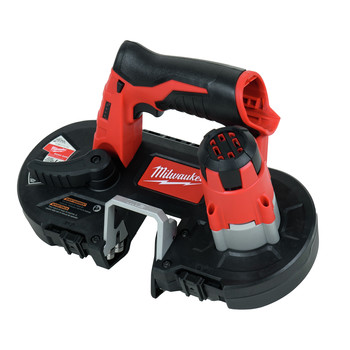 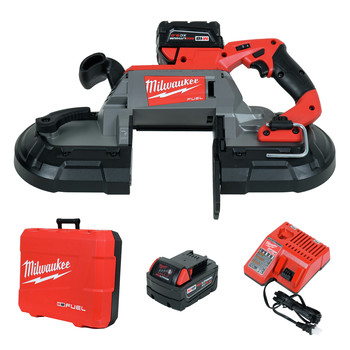 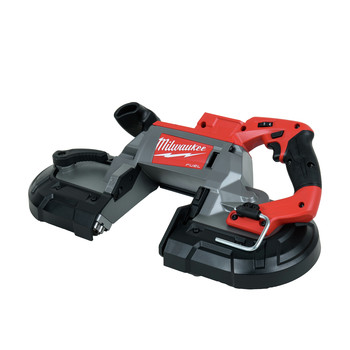 A band saw is commonly used to cut irregular shapes in wood, metal, and other materials. It’s a power saw with a long blade featuring a continuous band of metal teeth stretched between two or more wheels. This tool is a staple in woodshops, metalworking shops, as well as lumbering operations.

Band saws are renowned for their versatility. Aside from cutting curves into even the thickest wood, a band saw is also great for resawing lumber into thinner pieces. You can also fit your band saw with blades of different thicknesses and tooth counts. A thicker blade will better withstand cutting through tougher materials, such as dense wood with hard knots. Thinner blades are preferred for lighter work. A band saw with a higher tooth count will provide a smoother cut, but fewer teeth will cut more quickly. Always match your band saw blade to the task at hand.

Choosing the Best Band Saw
Band saws come with many different variations and features, and you should review all of them when making a purchase.

Stationary (Vertical) vs. Portable Band Saws
You may want to begin by deciding whether you need a stationary or portable band saw. Stationary (also known as vertical) band saws are large, freestanding machines that sit on a floor or tabletop. If you handle large-scale projects in a workshop setting, this is the version you need. Portable band saws are smaller, handheld versions of the same basic tool. While they obviously aren’t nearly as powerful, they function in generally the same way and are a great option for DIYers and on-the-go contractors.

Cutting Capacity
You’ll also need to consider the cutting capacity of the saw. This includes throat capacity and thickness capacity. Throat capacity refers to the distance between the blade and column of the band saw, which determines the maximum width of the cut. The thickness capacity, on the other hand, determines how thick of a piece of wood you can cut or resaw. Think about the lumber you’ll be working with and make sure you have a band saw that’s up to the task.

Frame Style
Band saws also typically come with a cast iron or welded steel frame. A cast iron frame is the more traditional design, but it can be limited in terms of cutting capacity and motor size (usually only 1-1.5 horsepower), making it better suited to smaller, everyday cutting tasks. Welded steel frames offer greater power and capacity, so you’ll want to use one for those bigger jobs. They’re also designed to absorb more of the vibration caused by cutting under a heavy load.

Base
You can choose between a band saw with a closed or open base (sometimes referred to as closed or open stand). A closed base has more weight and stability, which helps reduce the vibration of the tool. Some may prefer the look of an open base model, and they’re typically cheaper, but a closed base band saw is generally worth the investment because it’s sturdier. They may also include extra storage space in the base as an added bonus.