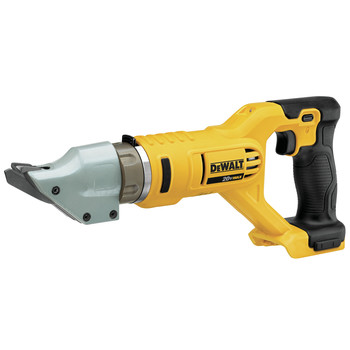 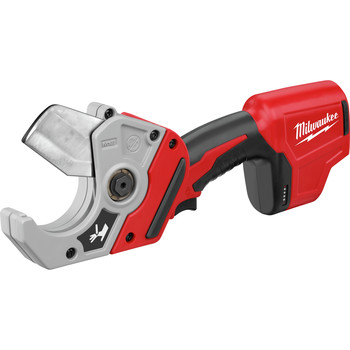 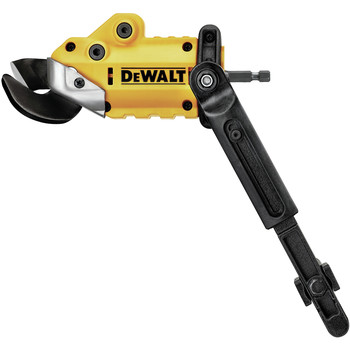 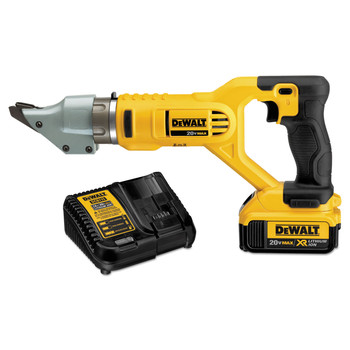 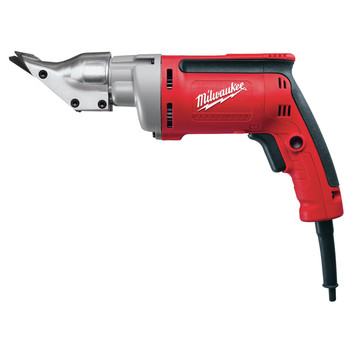 Power shears can be used to cut sheet metal of various sizes and thicknesses. These power tools are a common sight in metal shops and make the process of cutting sheet metal much easier. They are either electrically or pneumatically powered and operated by hand. The shears operate by an upper blade that moves toward a fixed lower blade, which exerts tension on the cutting material. Shears are primarily used to cut straight lines or wide curves in metal. They’re durable, flexible tools that are favored for their ability to make cuts with a high-quality finish.

Single-Cut vs. Double-Cut Shears
There are two main types of power shears: single-cut and double-cut shears. Single-cut shears work similarly to a pair of scissors. A moving blade cuts rapidly against another fixed blade, cleanly slicing as it moves through the material. Single-cut shears are very simple to use and don’t leave any waste material, but they can leave warped or jagged edges on the metal. If you’re working on a piece that must be kept perfectly flat, you’ll probably want to consider another tool. They can cut both straight and curved lines, but they’re better-suited to wide curves rather than more intricate, complicated ones.

Double-cut shears use two separate cutters to remove a thin strip of material as they cut. As a result, they create a wider slit (or kerf) in the material, but they also leave flatter, less distorted edges. Double-cut shears are not great for cutting curved lines or heavy-duty applications; you’ll want single-cut shears for these. However, if you need to make a clean, straight cut through light gauge sheet metal, double-cut shears are the best bet.

Choosing the Best Power Shears
There are several features to look for when purchasing a pair of power shears. Consider getting a model with an all ball-bearing motor, which helps maximize the life of the tool by significantly reducing the friction that occurs in the engine. A 360-degree head is also very useful, as it allows you to comfortably use the tool from any angle.

You’ll also want to find shears with a variable-speed drive. This way, you can speed up the tool when making rough, simple cuts and slow it down when you need to be more careful and precise. An ergonomic grip is also a great feature if you plan to use the tool for extended periods of time. Some users find it more comfortable to hold shears with a more dramatically sloped handle. Power shears will save you a lot of time over cutting with manual shears, so it’s important to find a pair that feels natural in your hands.

We have a wide selection of new and reconditioned shears available at CPO Outlets. You can choose from leading brands like Milwaukee, DeWALT, Makita, and Edwards.